American Flags and Colorado Flags to fly at half-staff Saturday, November 2nd in the State of Colorado in honor of Scott Carpenter. Carpenter was a US Navy veteran who served as a pilot from 1949-1958. In 1959 Carpenter joined NASA as part of Project Mercury. He was the fourth American in space and the second to orbit the Earth. Some of his awards include: Navy Astronaut Wings, Navy’s Legion of Merit, Distinguished Flying Cross and NASA Distinguished Service Medal. There is a middle school in Colorado and an elementary school in New Jersey that both bear his name.
#FlagsHalf-Staff
#AmericanFlags
#ColoradoFlags

American Flags and Missouri Flags to fly at half-staff Monday, November 4th in honor of former Congressman Ike Skelton from Missouri. Skelton began his public service in the Missouri State Senate in 1970 and served through 1976. In 1976 he was elected to Congress where he served 17 terms. He was presented the Conspicuous Service Medal by Missouri Governor Jay Nixon.
#FlagsHalf-Staff
#AmericanFlags
#MissouriFlags

American Flags to fly at half-staff throughout the United States Tuesday, October 29th in honor of former Speaker of the House of Representatives, Thomas Foley. Rep. Foley was a Democrat who represented Washington state for 30 years beginning in 1964. The also served as Speaker of the House from 1989 to 1995. He later went on to serve as the US ambassador to Japan from 1997 to 2001.

From the Office of the President:
As a mark of respect for the memory of Thomas S. Foley, former Speaker of the House of Representatives, by the authority vested in me as President of the United States by the Constitution and laws of the United States of America, I hereby order that the flag of the United States shall be flown at half-staff at the White House and upon all public buildings and grounds, at all military posts and naval stations, and on all naval vessels of the Federal Government in the District of Columbia and throughout the United States and its Territories and possessions on Tuesday, October 29, 2013. I also direct that the flag shall be flown at half-staff on that day at all United States embassies, legations, consular offices, and other facilities abroad, including all military facilities and naval vessels and stations.

IN WITNESS WHEREOF, I have hereunto set my hand this twenty-eighth day of October, in the year of our Lord two thousand thirteen, and of the Independence of the United States of America the two hundred and thirty-eighth.
BARACK OBAMA

American Flags and Kansas Flags to fly at half-staff Wednesday, October 23rd in the State of Kansas in honor of US Army Sergeant Patrick Hawkins. Sergeant Hawkins was an Army Ranger who died as a result of injuries suffered while serving in Afghanistan as part of Operation Enduring Freedom. Hawkins was assigned to B Company, 3rd Battalion, 75th Ranger Regiment, Fort Benning, Georgia.
#FlagsHalf-Staff
#AmericanFlags
#KansasFlags

Alaska Flags to fly at half-staff Thursday, October 17th in honor of former Alaska Rep. Joe Montgomery. Rep. Montgomery was a former B-17 pilot in WWII and served in the Alaska House of Representatives from 1979 to 1983.
#FlagsHalf-Staff
#AlaskaFlags

American Flags and Hawaii Flags to fly at half-staff Thursday, October 17th in the State of Hawaii in honor of former state Senator Cal Kawamoto. Former Senator Kawamoto was a former fighter pilot who served his country for 20 years in the US Air Force. He later went on to serve in the state senate from 1994 to 2004.
#FlagsHalf-Staff
#AmericanFlags
#KentuckyFlags

American Flags and Kentucky Flags to fly at half-staff on Tuesday, October 15th in the Commonwealth of Kentucky in honor of US Army Staff Sgt Thomas Baysore Jr.    Staff Sgt. Baysore died of a result of injuries suffered when enemy forces attacked his unit during combat operations in Afghanistan as part of Operation Enduring Freedom.  He was a squad leader assigned to 1st Battalion, 506th Infantry Regiment, 4th Brigade Combat Team, 101st Airborne Division, Fort Campbell, KY.  Staff Sgt. Baysore was serving on his third deployment with his first having come in March of 2003 to Iraq and his second in 2005 to Afghanistan.

All Star Flags takes a look at the history behind Columbus Day, the present day controversy surrounding the holiday and the flags associated with Christopher Columbus and his famous expeditions. 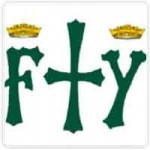 Posted in All Star Flags News | Comments Off on Columbus Day: History and Flags 2013