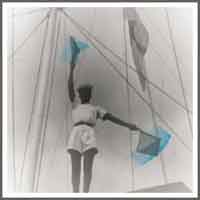 The History Behind Nautical Flags

Nautical flags were originally used for communications among comrades during military entanglements.  What started as a limited communication system evolved over centuries into a comprehensive, internationally-recognized signaling system functional for military and non-military purposes. Recreational vessels also use nautical ship flags as well as code signal flags to identify themselves and to communicate with other ships.

The Originating Uses for Nautical Flags

Nautical flags are an internationally-recognized means of communication from ship to ship while out at sea.  Code signal flags can be used alone or in combination with one another to send messages while nautical boating flags share other information about a vessel such as where it is from and its purpose for being on the water.

Code signal flags are used in an internationally-understood system comprised of 26 square code-letter flags for each letter of the alphabet (A-Z); there are also ten numeral pennants, one answering pennant, and three repeaters.  Code signal color flag combinations are red and white; blue and yellow; blue and white; black and white; and plain red –colors that can easily be seen at sea.

Nautical flags were originally used in ancient military encounters where flags signaled other fleet members to take specific actions.  Early flag communications were limited; the primary use was to signal the need for a conference where more detailed instruction could then be provided.

Parker revised the signal book until 1856, as technological advances had rendered such a signal system obsolete.  The British Board of Trade then began creating an improved code, which would come to be known as the International Code of Signals.

The number of flags used in messaging changes the meaning of the message.

Some letters have different meanings depending if they are used in an international, Navy, or Sailing Regatta context.  So, for example, when communicating with allies, Navy signals are used; otherwise, the International Code of Signals is used.

Flags are also used to identify a vessel.  The three flags traditionally used are:

These are used primarily on recreational vessels. Some boaters are criticized for using flags too recreationally as flags should only be used to send a message about the boat such as:

The preferred United States national ensign is a “50-star” or “Old Glory” flag.  The ensign is used to represent the country of the vessel’s registry. In domestic waters, some vessels prefer to fly the following: 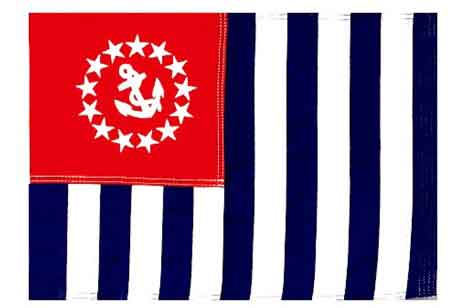 Other flags used on recreation vessels are intended to serve as warning to other vessels: 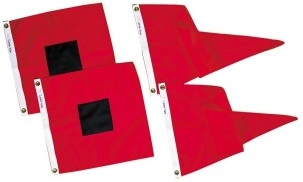 Some flags are used to serve a more decorative purpose.  For example, the Jolly Roger, or pirate flag, famously features a skull and crossbones on black canvas.  Originally used to indicate no mercy when taking over ships, many who fly a Jolly Roger do so for sport, though only in domestic waters. Other fun, novelty flags include: 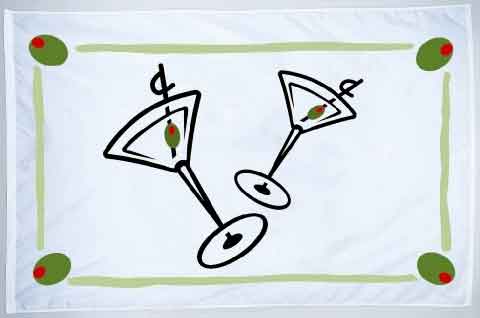 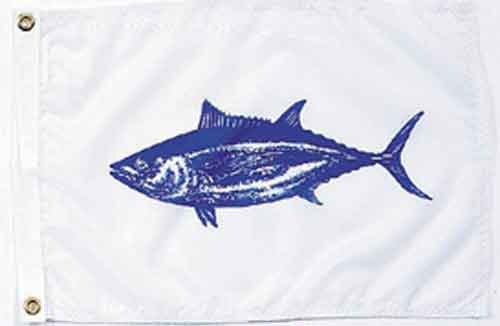 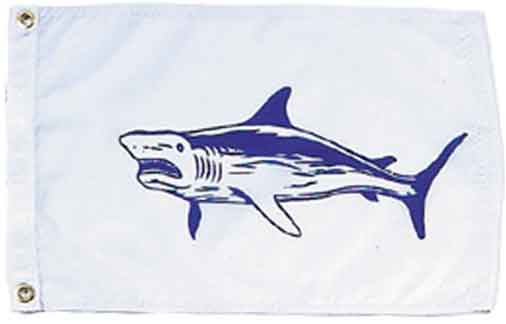 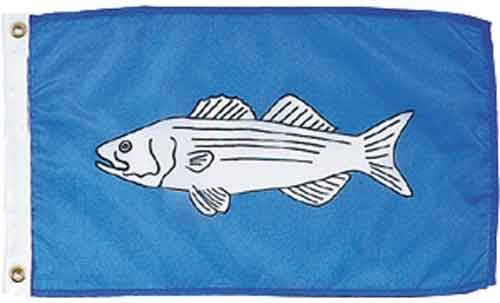 Nautical flags can be used for all sorts of maritime adventure.  Though their uses in high-speed communication may have been usurped by modern technology, their importance in sending messages to other vessels remains ever-present.  Not only are nautical flags useful for necessary communications for boaters of all purposes, they can also be for fun and self-expression.

All Star Flags is a high-quality family-run business that specializes in the sale and production of flags and flag accessories including flagpoles, banners, pennants, and more.  In addition to distributing U.S., International, State, and Military flag, All Star Flags also carries a large variety of Nautical Flags.  All Star Flags’ Nautical Flags inventory includes Code Signal flags (letters A through Z) and a fun assortment of interesting nautical boating flags such as the U.S. Union Jack, the Jolly Roger, the U.S. Power Squadron, and Skin Diver Down.  In business for more than 30 years, no one knows flags better than All Star Flags.