Patriotism Examples of American Flags in Movies | All Star Flags 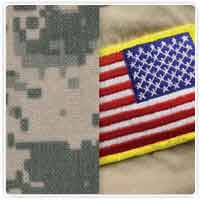 As though an uplifting story about innovation, heroics, and sheer athleticism are not inspiring enough, movies that feature the American flag remind audiences of how glorious America truly can be, making moviegoers' hearts swell with patriotic pride.  The American flag serves as a symbol of all of America's finest moments, of hope and dreams, and of a free, bright future. The presence of the American flag on the silver screen makes audiences want to stand up and salute.

The American flag is a nationally recognized symbol for all of the excellent things America stands for: freedom, discovery and innovation, leadership, bravery, and sportsmanship.  A true celebrity in its own right, the American flag is a reminder of past and present heroics, so it only makes sense that the famous Stars and Stripes have their time in America's most glamorous past-time: cinema.

The American flag has had its threads in many famous films, and every time Old Glory appears, whether it be in a cameo role or as the lead, the red, white, and blue bleeding hearts of devoted audiences cannot help but beat a little bit faster.

America has a lot to be proud of, particularly successes on the battlefield.  As a nation that always tries to be at the service of those in need, the American flag waving on the battlefield is a reminder of valor, courage, and justice.

In Saving Private Ryan, the flag makes her appearance at the beginning and the end of the movie.  A faded version of the national banner billows as a reminder to patriotic audiences everywhere what is lost and what is gained through the sorrows of war.  It symbolizes that while much is given on the battlefield, much is also gained.  Through such trials, heroes and a path for a better tomorrow are made, and for those things, the flag waves, and we honor it.

Of course, not all heroics for freedom are battlefield accomplishments.  As only Hollywood can depict, some of our country's favorite heroes that inspire palpitations of patriotism are fictional characters who epitomize the good guys we admire. 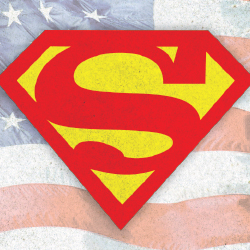 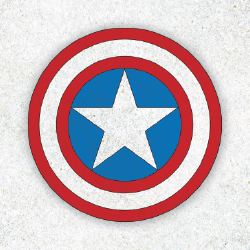 In this case, the flag behind these heroes fosters the patriotic notion that while some have more natural ability than others (after all, not everyone is faster than a speeding bullet), heroes come in all shapes and sizes and through determination can accomplish great things for the good of the nation.

Symbol of Triumph Over Adversity

The American flag waving magnanimously behind battle-bruised warriors is not the only cinematic circumstance in which the presence of the flag inspires audience's to experience bursts of patriotic pride.  Movies that depict underdogs training, growing strong, and rising to a challenge only to overcome certain defeat make people want to start chanting USA! USA! USA! Perhaps it is because these once-weak champions serve as a metaphor for the once-fledgling country that struggled and sacrificed to become a great, strong nation.

Leadership in the Face of Controversy

Of course, the American Dream has always come at a price, as any worthwhile pursuit must.  Movies that feature leaders and brave souls facing their biggest demons for the greater good speak to America's short-yet-active past of inspiring the best in men and women.  The American flag in movies about such men and women symbolizes that patriotic spirit.

Old Glory has graced the silver screen many a time.  She represents so much to Americans that her presence accommodates every theme Hollywood directors can imagine.  The American flag inspires patriotic feelings of heroism, of sentimentality and affection, of bravery, of dreams and idealism, of confidence and optimism, and of hope and inspiration.  It is a timeless symbol of the nation's journey to greatness.  The American flag in movies boosts the pride of audiences reminding them that there is something truly great out there that is worth living and fighting for: America's patriotic dream.

All Star Flags specializes in the high quality distribution and production of all types of flags: United States, individual state, military, historical, international, and custom designs.  All Star Flags also handles in the sale of feather flags, pennants, banners and signs, and flag accessories.  All Star Flags sells only made in USA flag products and distributes nation-wide making it the go-to distributor for any patriotic heart looking to wave Old Glory.