How the Military Uses Flags – All Star Flags

Visit our Flag Facts page to see our newest article about some of the ways the military uses flags. 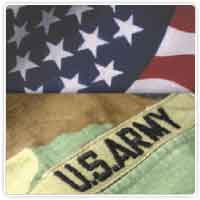 How the Military Uses Flags:
The United States Flag is known as a symbol of freedom and unity in America. Throughout the years, the flag has evolved into the familiar icon that it is today; complete with 13 stripes and 50 stars. Although the American flag is used to represent the history of the country and the fundamentals it was founded upon, there are also a variety of ways that the United States armed forces utilize not only the American flag but other types of flags in order communicate, commemorate, pay their respects to fallen soldiers and much more. These symbols play an important role in a variety of circumstances within the operations of the United States military.

This entry was posted on Monday, September 16th, 2013 at 5:06 pm and is filed under All Star Flags News. You can follow any responses to this entry through the RSS 2.0 feed. You can leave a response, or trackback from your own site.